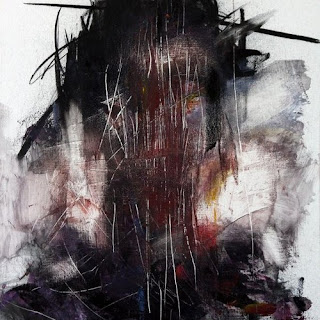 Everything had been perfectly prepared: the sample had been rewound, the text perfectly memorized, but then the scissors fell from the sky. Zara Paz has become hard. She wanted to subscribe to the gym. She has caught a cold in Vietnam. She instigated a huge dispute at Karstadt's checkout and then stormed out of the department store in rage. The world needs to burn again. Ablaze. For some, such words are more than that, sentences, right sentences. There is trust, but also displeasure, especially when one locks oneself in the toilet for a longer time and pulls one nose after the other, while others want to wash their hands there. Now some are asking why this has to be back, why are substances that are bad for the health that cause tooth decay, tartar and periodontal disease and that prevent Elmex Toothpaste from spreading like a protective coating on your teeth. Others answer these questions with pure force and Fakenews. You should declare war on both sides and build a wall around it. A wall of drugs, hate and sex video cassettes.
1. Æthereal Arthropod - Infinite Colony
2. MG Mucus - Dieses Gefühl, wenn dein Live-Act Groovy ist
3. Hubert Gatsby - Shrivelled Human Soup
4. Kik itadaki - Chaotic State
5. Cryptokid - Blip
6. Burning Lazy Persons - Vicious curious
7. Hubert Gatsby - Horrordepht (Erohypnos Remix)
8. Bangu Telecom - Hmmm hum
9. Implant - The Wrath Of Са†анаил
10. Sadwrist - Ｐ Ｕ Ｅ Ｒ Ｉ Ｌ Ｅ
11. Æthereal Arthropod - Indoctrination of Structure
12. GYUR - Throat
13. DJ Mucus - Bitte noch ein Bier
14. Monoqlom - Near and far
15. Ancient Origin - ハハ22⚠⚠⚠
16. Hubert Gatsby - Pollygone2thegutter
17. Rastatroll Battyboy Soundsystem - Theme from Gay Rasta Wrestling
18. Cornhole Crucification - LETS FUCKING GO FUCK LIKE NASTY PIGS.
19. Atomhead - Timeblind
20. Pencil - He is
21. Sadwrist - Im about to break
22. Icoste - Trichinella Spiralis
23. Archie Shepp - Blasé
24. uchylak - muanta_portale_y_gracia_6
25. Kurasaki -Chiptune Terror
26. Implant - Grotesque
27. ? - Eeeeee
28. SYOTALOLIC FACTORY - ブルマリョナショタロリックおもらしＢＬＯＯＤＡＮＤＴＨＵＮＤＥＲ [Dirty Lolis]
29. Corkscrew № 4453556 - Cephalophore
op februari 15, 2019 Geen opmerkingen: 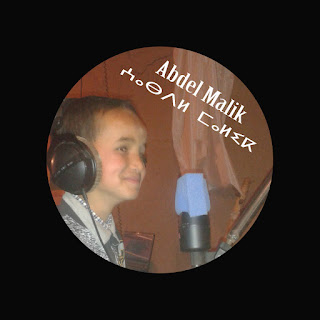 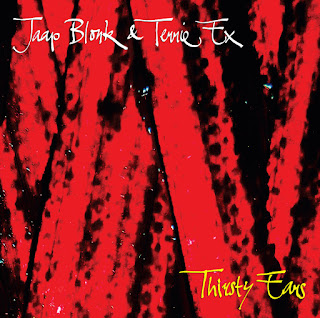 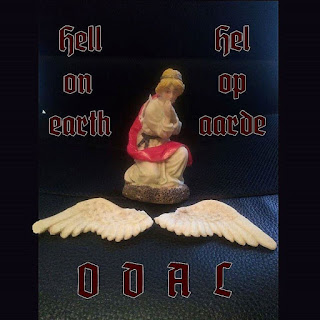 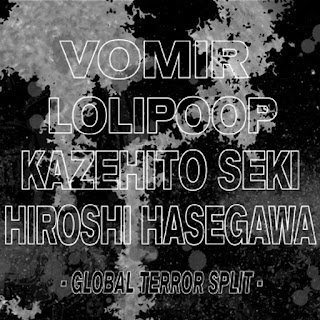 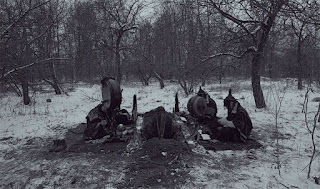 Before Buddhism reached Tibet, practices involving shamanic rites derived from various ancestral cults became known as Bon. Phurpa, led by contemporary artist Alexei Tegin, is a Moscow based group in this tradition. This Tibetan monastic choir uses a specific kind of overtone chanting which is based on the principle of the singer's transmogrification during the "chanting meditation". https://phurpa.bandcamp.com
op februari 11, 2019 Geen opmerkingen: 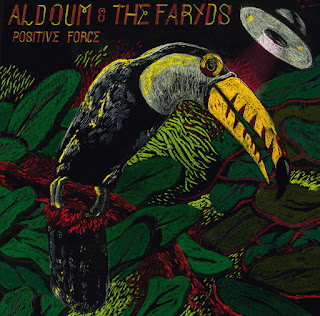 AL DOUM AND THE FARYDS is an open ensemble of 8 members, all with extensive experience in the world music underground. The new spiritual exotic jazz celebrate a new collective soul, a dancing cathartic ritual with birds, plants and all the animals, together in the circle of devotion. A journey in the total pranic breath. 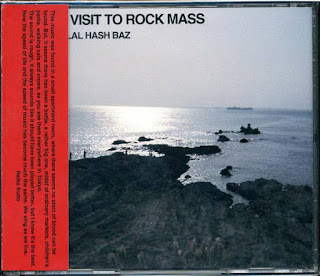 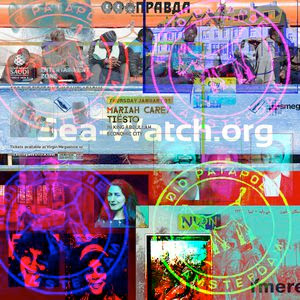 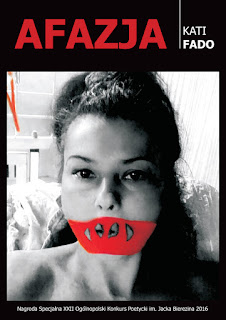 she, who nobody heard

happily non-existent, stopped at the invisible shore, vibrates
disembodied. inaudible bells. in the silence deserts (her) wildness (and) sleepy
she enters inside of herself. this night is full of X-rays, overexposed - in the distance, are smoldering
covered with quilts - especially calm, laced with the longing (.) tiny waves,
the returns. in the stopped-frames belated fishing of celestial, spherical bodies. in spite of we are
almost alive, dancing among the laughing blades. after all – the seagulls
they lift the weight, they giving back to the salty fogs this (un)fulfilled transparency.

the moon as the blind nib was entering choking smoke. behind the fuzzy barn,
church or the vision of blackening construction - Alice was clapping her hands
full of butterflies, toys from the attic, and this hooting
behind her head belonged to the other time. to the slimy land hungry of phantoms emerging from
swamps. there we were waiting, tangled by willow
weeping, and our braids were scratching the sky. someone arrived.
someone covered with cloak the stars and with the last sigh saliva leaked
on the sleeve. the undercut wings were smoldering quietly. we gave back to ghosts
burned crops, havoc and fear. in broken windows next strike of bells,
the return of this men with bestial, oily face. these hands on the torn dresses - this singing
of swans - tarry, sinister. so, this the way the skin is removed
of lambs. falling in stopped-frames. smoked too early.

to this house you come from the basement.
there, in jars with formalin shoot fingers of infants. as metro-
nom introduces silent killers in non-tact - metallic and liquid
as plasma. no splash. no pardon. the butler with eyes of gas
leads shadows of riders into the room of worms. there, each spreads
its own bill - unregulated.
to this window you peek from under the ground.
there, birds chat elegies with no boundaries. from clouds hang screens,
further shifts displayed in digitals - full automatic, the dust in mouth.
someone let go a tie at the edge of life. it isn’t that they don’t know your
name, there everyone has the code on face. saved with the ribbons of acids
insatiable with blood.
to this chimney you fall from the sky.
there are all the sparks - of memory when you were a child - without
Santa Claus. when you prayed for a few cherries from lips of that girl
which wasn’t from The Angels. she stuck a thorn in your eye, and then
rolled on - smooth and dark – that’s all. the whole evil.
there is too crowded, no one get out
but still they ask.

slob. In the gloomy earth I draw the story – shot exploded thoughts
through the back of occiput, err and wonder between the insight and stupor,
sleepiness at the ready. I’m standing on one leg, the wind is yanking me as a blind
hen. the seed got another one. the fifth wall grew up, seven miracles
soaked in plaster, mushroom. The narcotic flight will begin. unwanted parade
of avatars and I do not know from which I should start to count
the watermarks in the back of enemy - still in April blizzard. cuts
heads. the red and the ocher spill over the mouth. bitterness
has a taste of the material from I make the golem. I’m putting in his teeth
a toilet paper. a chip with the mating period I put in his ear,
I'm taking him to the bedroom. we are dreaming of a better tomorrow. the plaster
is falling, the roof tiles are cracking, the magnetic cards. the pull, the attraction
and the greed. we get rich trough inadvertency. leaks night. In the fifth wall grows a hole
after an atomic bomb - this is the way went - the soul. robbed light years
and now - nothing comes out anymore. although witnesses say:
blood will clot, bones will grow.
it will get hot again.
op februari 07, 2019 Geen opmerkingen:

Everything had been perfectly prepared: the sample had been rewound, the text perfectly memorized, but then the scissors fell from the sky....